Float or wade, river or stream, this is the professional fly fishing experience you've been looking for!

We'll provide everything you need to have a great time on the water.

There are plenty of fish in the... stream

Catch of the day

There are a variety fish to be caught in our area, here are some of the most common. 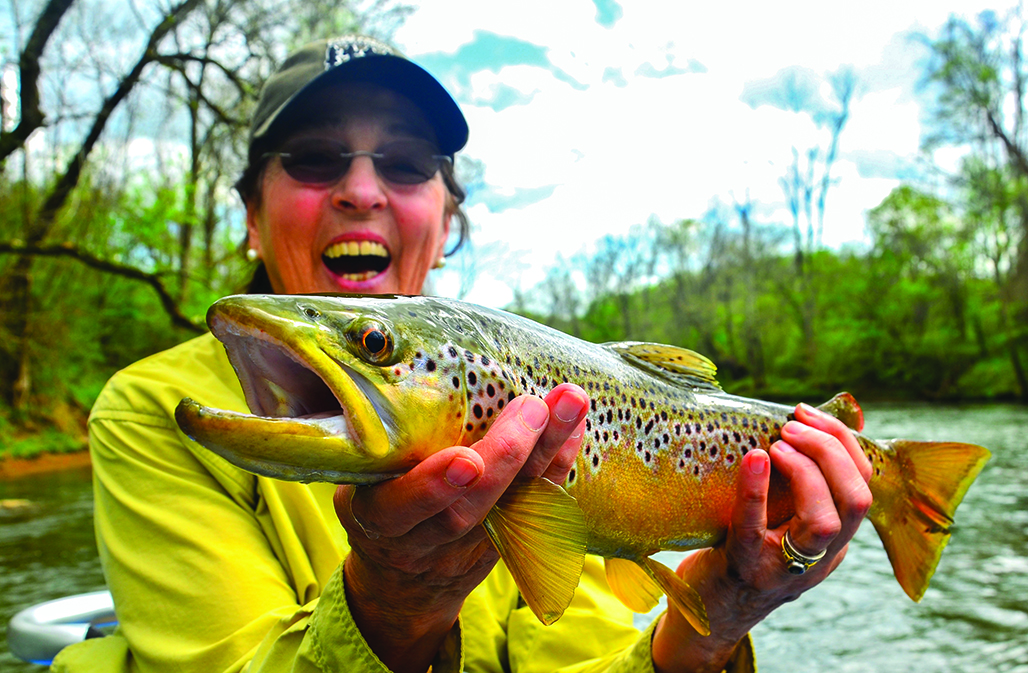 Brook trout, the only trout species native to Virginia, account for 80 percent of the wild trout in the state. The Jackson and Smith rivers are the largest rivers in Virginia that offer fishing for wild brown and rainbow trout.  Both rivers can be waded, but floating these rivers gives you the best experience. 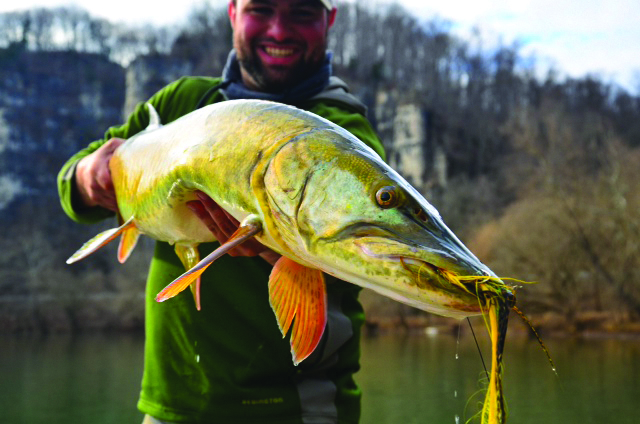 The musky is often referred to as “the fish of 10,000 casts” but a guided trip with Matt will improve your odds. They’re present in the New, James, and Shenandoah Rivers in Virginia. Muskies are solitary fish that use aggressive ambush strategies to feed. It’s certain you’ll never forget the first one you land with a fly rod. 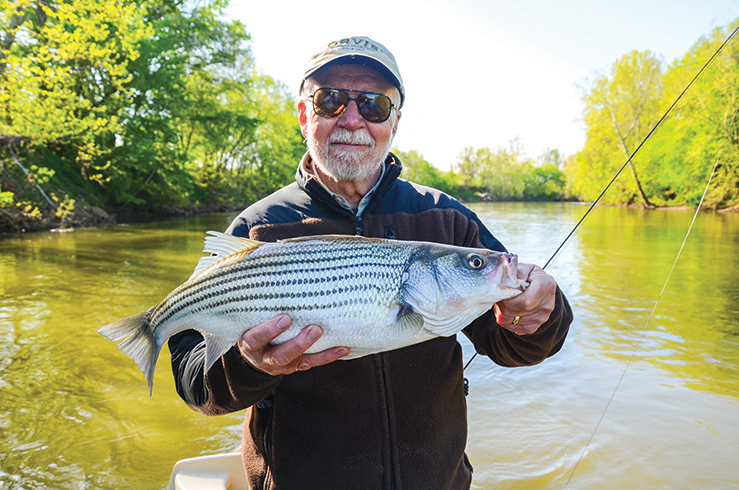 The best striper fishing occurs each Spring (April, May) when they move from the ocean and reservoirs to spawn in the freshwater reaches of tidal and non tidal rivers. Landlocked stripers migrate up tributary rivers of larger reservoirs to spawn. Five to 10 lb. fish are common with 10 to 20 lb. fish landed each season. 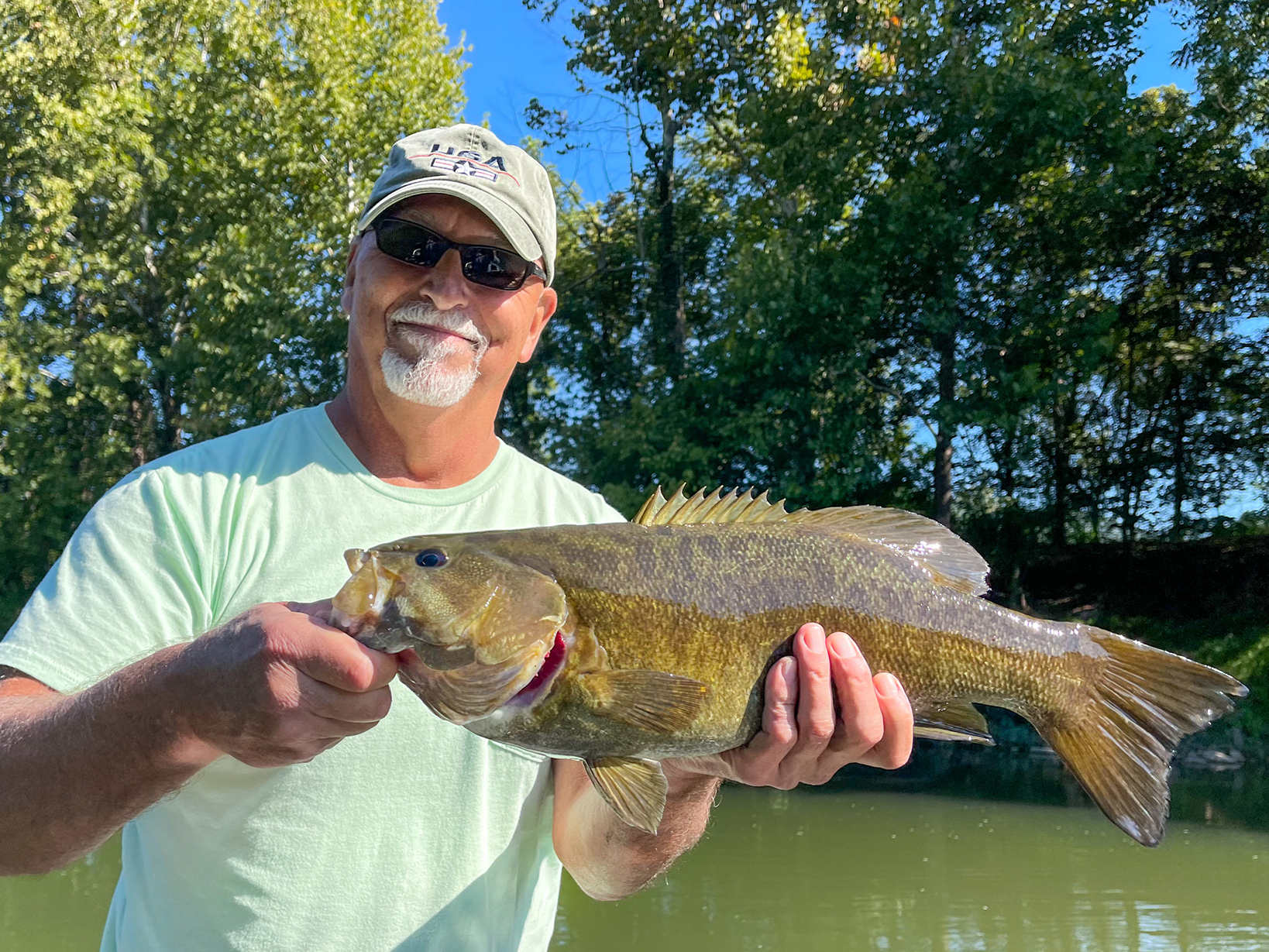 One of hardest fighting freshwater fish to be caught on a fly rod. Smallmouth weigh between 1 and 5 pounds, on average, and can exceed 8 pounds. They’re naturally aggressive and eager to take a streamer or popper.  Best smallmouth bass fishing in VA is June through September.

EXPERT FISHING GUIDE
"This was my 1st time fly-fishing for Smallmouth Bass. Matt is a great teacher and took the time to go over some techniques to assure I caught the most fish."
TomB2018 | Perry Hall, MD
Additional Reviews
BEST FLY FISHING GUIDE!
"I highly recommend hiring Matt as a fly fishing guide. He’s very knowledgeable, patient (no matter how many times you snag or tangle), encouraging, has a passion for teaching others."
CCARPENTER | Richmond, VA
Additional Reviews
WELL-EXPERIENCE / WELL-MANNERED / WELL-PREPARED GUIDE
"Matt Miles knows how to prepare for a fishing trip! He observes the river conditions and will make changes to original plans if necessary in order to give his customers the best opportunity to catch fish. His friendliness and courtesy is matched by his knowledge and skill."
G4CE | Saluda, SC
Additional Reviews
AWESOME SERVICE, KNOWLEDGE, AND PERSONALITY!
"I fish with guides all over the country. Occasionally I run a cross a true professsioanl who knows how to customize guide trip s based on his client's needs. I'm new to fly fishing, but feel very competent after picking up tips from Matt."
Steve | Northern VA
Additional Reviews
BOOK A TRIP WITH MATT ASAP
"Matt Miles has guided me three full-day trout trips now, and each has been super fun, educational, and fish-filled. Matt really knows the Virginia waters..."
R Odom | Richmond, VA
Additional Reviews

Ready to get out on the water?

We have a variety of trips options for you to choose from. All you have to do is show up, we'll take care of the rest.

Subscribe to our Newsletter and receive an occasional email with special offers, news, and information on special trips.

Thank you! Your submission has been received!
Oops! Something went wrong while submitting the form.