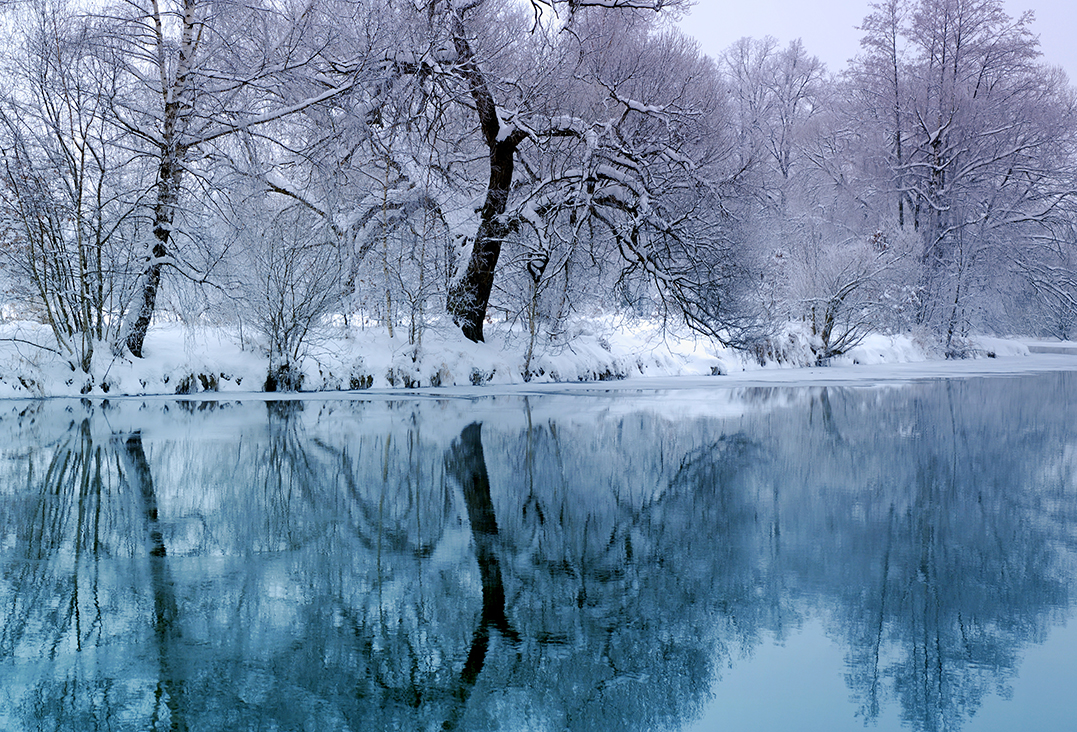 Well the groundhog got this one right, six weeks more of Winter.  The past few February’s have been mild but not this one.  Another snow storm hit Virginia a couple days ago followed up with some freezing rain.  Looking pretty snotty over the next 5 days so maybe doing a lot of fly tying.  Two days before the snow I was out with a client after musky.  The first day we had 10 follows from four different muskies.  One was a big momma, she followed five different times and teased us thinking she was going to make it happen, but eventually proved she’s a musky.  The second day spitting rain and the threat of snow we moved four muskies.  First fish another giant, came in hot and made us think it was going to happen then just peeled off.  Moved her one more time and that was it.  Just when I was losing hope the third musky showed up and swallowed the fly boat side.  What a relief, these fish stress me out!  Hardly a few minutes after we released that fish a small musky short strikes, another well placed cast and the small musky was hooked and landed.  No matter how many times Ive done this or seen this, I’m always blown away how fast your day can change and always thankful.

Trout fishing on the Jackson River through January was ok, typical Winter fishing, working for everyone you got with the cold water temps.  As soon as we see some warmer temps we will see better fishing on the Jackson.  Water temps at Gathright Dam have been 41 degrees.  Well placed drifts and covering the holes throughly with nymphs will get you onto fish.  With all the wet weather we should see higher flows this week.  February and March can provide some great streamer fishing with the right water.

Headed down to NC to fish a couple days with some buddies.  Hopes were the striped bass were going to be in the Lower Roanoke River by now in numbers.  No such luck, we found some small schools scattered about.  We were able to catch some stripers but no huge numbers.  A couple non target species showed up to party, a long nose gar and Richard caught a massive bowfin.

The rest of this month I will be primarily targeting musky with clients.  March will offer some different opportunities like hickory shad on the Roanoke River in NC, white bass on the Staunton, and better trout fishing on Virginia’s streams and rivers.  Looking forward to those warmer temps! 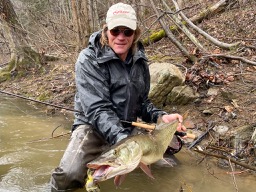 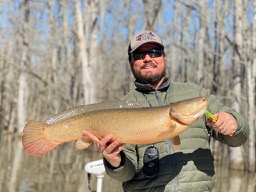 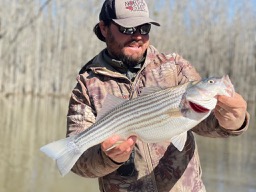 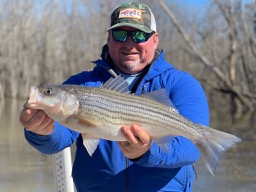 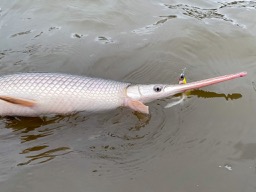 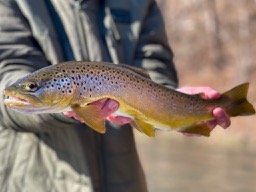 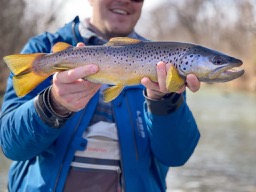 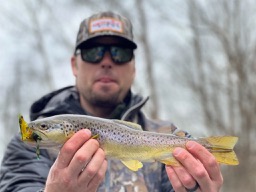 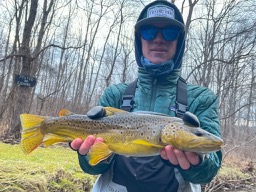